Back in the stone ages, when Sweetman and I were dating, two other couple-friends asked us to participate in an at-home study of the Song of Solomon by Tommy Nelson.  We, being in the enamored dating stage, agreed.  Little did we know what we were getting ourselves into!

You see, I discovered, throughout the course of that 8 weeks, that the word “beloved” has some pretty powerful connotation.  I gained a greater appreciation for how artfully scripture was woven together and for how powerful the use of metaphorical language can be.  (Ma! Look at what big words I’m using!)

Prior to this study, the word “beloved” was useless to me in my everyday second grade classroom environment.  I’d hardly go around calling colleagues “beloved”; or worse yet, my little seven-year old students.

After completing this study, however, I began to see lots and lots of people I’d come into contact with as “beloved”.  Oh yes, I would!  I saw the crotchety 61 and a half-year old teacher down the hall, just biding her time until retirement, oh-so-tired of it all, day in and day out, as beloved.  I saw the sweet little guy who was bused in from the Big City, and was always hungry for whatever snacks could be scrounged up, as beloved. 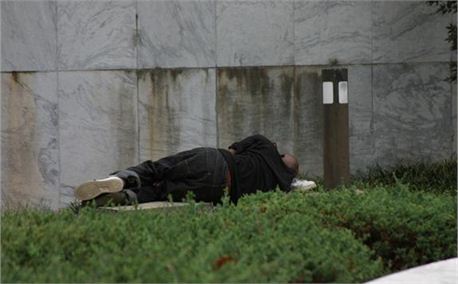 And I began to see myself as God’s beloved.  And the more I saw myself that way, the more I saw how desperately God wants us to know that He sees each and every soul that passes before my eyes on this earth that way, too!  And it affected me deeply.

*Shoot! I wanted to keep right on writing about that.  It brought back some pretty vivid memories of my feelings during the time of that particular study.  Even better, some of the new thought patterns and behaviors it prompted within me.  I will never forget how powerfully the following verse affected me :

I was especially taken with that verse, in the midst of this Love Song book of the Bible, because it promptly took me out of my “love” frame of mind and plopped me down in the middle of one of the busiest streets in our Big City.  All I could see, in my mind, for weeks and weeks, was the overly darkened skin of homeless after homeless person that I’d pass when walking the street.  Usually on my way to obtain some frivolous pleasure or activity.  That one verse made me love each person, darkened by the sun, through God’s eyes.  And it was humbling.  And convicting.  And it prompted a desire in me to act on that new view.

Ooooh, I’m getting all hyped up just thinking about it again.  I LOVE how words, inspired and written thousands of years ago, can hold such sway even in 2013, don’t you?

I’m linking up with Lisa-Jo Baker for her Five Minute Friday prompt, again.  This community writes for 5 minutes on a one-word prompt without editing.  Then we link up and make sure to encourage another writer, or five, as well.  Click the button below to join in or read some pretty spectacular thoughts on this week’s prompt.