2014 was a year full of new challenges, grand adventures, goals met, lessons learned, and a whole host of moments where dark chocolate was desperately needed! I’m including my favorite posts from each month. But, I have to tell you – it was not easy to choose which posts to include. In fact, reading through each month sent me running for the tissue box more than a time or four (not to mention the stash of dark chocolate chips I realized I was going to need to keep on hand just to get through the month of June!)

So, grab your favorite cup of something warm (or cold) and join me as I reflect back on 2014. 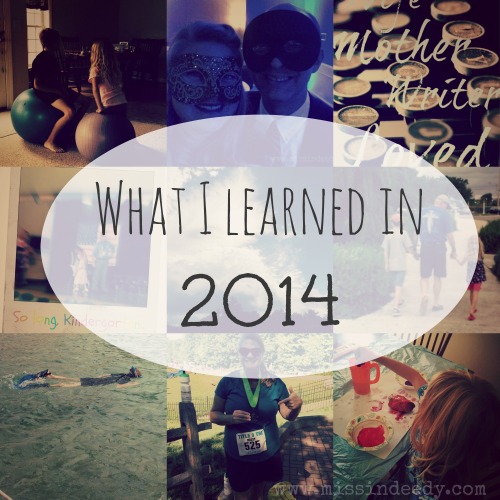 In January, I learned that I was one in a million. I also realized how very deeply I love my Dermatologist.

February reminded me that Sweetman is wicked smaht, and that I need to pay better attention during our conversations.

March was the month where I finally pursued a long-held goal of mine to enter the Erma Bombeck Writing Competition. And, although the outcome wasn’t what I’d hoped, it felt good to give it a go.

And, of course, in April, Dentists became dead to me, as we learned of sweetgirl’s boo-boos on her teeth.

May was where I reflected on the BOOM created by the very different Myers-Briggs personalities in my marriage.

June brought a painful lesson in turning the other cheek, from Sweetboy, and reminded us how Autism can have painful ripple effects for a parent – but that it doesn’t win!

July reminded me that Sweetgirl is always watching, and that Autism can sweeten the interaction between siblings – especially when a yoga ball (or two) is involved.

August is when I finally realized where my mission field is. And, OH, how I yearn to work it well!

September was the month where I learned that I can both set a goal and reach it and set a goal and fail! The women’s triathlon was successful. The goal I set afterwards was not. (There is always 2015!)

In October, I proved that I can indeed get along with Commitment, after all. I accepted the Write 31 Days challenge. Because, Grace, I know Him well.

November was full of masks, casts, and WINS! (P.S. If you need me on January 1st or, LORD WILLING, January 12th, I’ll be parked in front of the television, ncouraging my beloved BAMA’s football players to RUN THAT BALL!)

And, December, of 2014, taught me to shop a little earlier for the “classics”, as I reflected on the beauty of the lesson in the The Little Drummer Boy.

Such grace laces my days. I was reminded of that on more than a hundred occasions over this past year. I’m encouraged to keep moving toward new goals, maybe even toward an old one, or two, that got dropped along the way.

Hope sparkles on the horizon for 2015.

I’m praying that it does for you, too.

What were some of your favorite lessons learned in 2014? Please, share them! I’m linking up with the lovely Emily Freeman, over at Chatting At the Sky, for her “What We Learned” link up.