Watching The Three Caballeros with Sweetboy  and Sweetgirl, the other day, I was reminded that families can have rituals that make no sense what-so-ever, to other families. And, they don’t need to.

Watching this Way Retro movie, that my children adore, I was given about an hour and twelve minutes to reflect on how this came to be a comforting ritual for us. 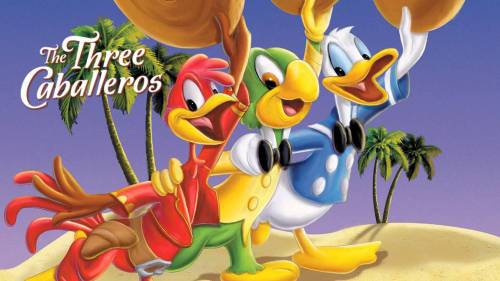 Sweetboy’s Autism Diagnosis was something we almost felt relieved to hear. Listening to the child regurgitate entire portions of “Blues Clues” at 22 months old, was unnerving, to say the least. His preoccupation with the handy-dandy notebook being exactly right, even more so. Terrible Two’s aside, we realized that his reactions and perseverations weren’t that of your average bear.

Once we were given an idea of what we were up against, we were able to redirect our energies into seeing how Autism could work for him instead of against him, as it had for the previous year.

We always said that our Sweetboy was like a 1,000 piece puzzle. And, up until we heard the words, Pervasive Developmental Disorder Not Otherwise Specified, we felt like were being given one piece at a time.

We felt like with the diagnosis came 500 pieces. It was a grace. It was truly a grace in every sense of the word. It was an unmerited favor – as no one owed us an explanation. It became an honor to carry this mantle with our child. And, to be brutally honest with you? We now view the wiring of our child’s brain as that of done with finesse, by a Master Creator.

There are so many gifts that Autism brings into this family. When we  see roads and maps and cultures and weather, we get to view them through such intense lens, through Sweetboy.

Endowed by The Giver of all Grace.

And we are grateful. We are.

From the first time that Sweetboy’s eyes lit on Donald, Ponchito, and Pablo, he was smitten with their quirky ways. Just as we have become smitten with Sweetboy’s. Viewing that movie, through his eyes, became something our entire family could enjoy together.

And, just like that, it became a ritual. Something we could do together. An activity that we could all, every one of us, experience and enjoy.

This post is day 23 in the Write 31 Days challenge.